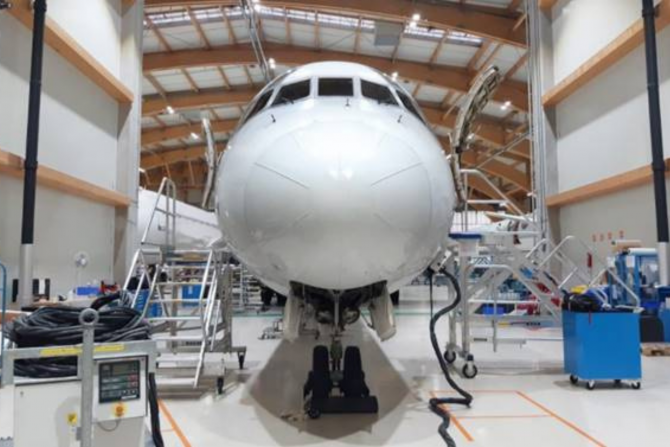 The McDonnell Douglas MD-87 is waiting at Hangar 2 to get the systems upgraded.  Image:  AMAC
The company recently welcomed a Head of State McDonnell Douglas MD-87 where the company will install a new generation of the Cockpit Voice Recorder (CVR) and a Flight Data Recorder (FDR) system. In addition, the Head of State aircraft will undergo multiple C-checks and a landing gear overhaul.
A second Head of State aircraft - a Boeing B747-8, has also been received and will undergo a C-check.
AMAC has also been selected to carry out maintenance checks on several Airbus, Bombardier and Boeing aircraft and offers cabin disinfection services for any aircraft type.