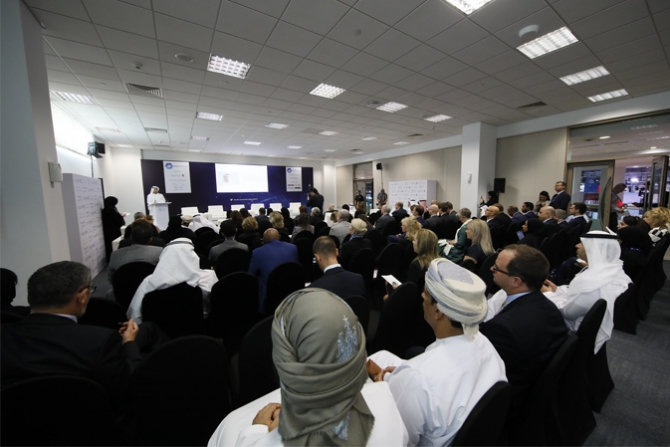 UAE Space Agency hosts a programme of events focusing on diversity in the future of space exploration and development
Diversity will be key to the future of space exploration, both for the UAE and globally, according to the raft of international keynote speakers who addressed delegates at day two (Monday) of Dubai Airshow 2019.
Officials from the UAE Space Agency led by the Chairman H.E Dr Ahmed Abdullah Belhoul Al Falasi, Minister of State for Higher Education and Advanced Skills, were joined by speakers including Simonetta Di Pippo, Director of the United Nations Office for Outer Space Affairs; Leanne Caret, Chief Executive Officer for Defence, Space & Security at Boeing and former astronaut, the European Space Agency’s Claudie Haigneré. Sessions focused on earth observation and its role in big data, the importance of STEM education in space, and the future of gender diversity and sustainability in the industry.
Opening the day’s programme, the UAE Space Agency’s Head of Space Regulations, Sumaya Al Hajeri, and H.E. Dr Ahmed Abdullah Belhoul Al Falasi both took the opportunity to highlight the UAE’s progress on gender equality. In fact, they revealed, the UAE is leading the way when it comes to women embracing the sciences, with an astonishing 56 per cent of all STEM subject graduates being female.
This was something echoed by H.E. Sarah bint Yousif Al Amiri, Minister at the UAE Ministry of State for Advanced Sciences, whose work is at the forefront of the country’s Mission to Mars. Highlighting efforts in the provision of apprenticeships and training, she said “Our Emirati team is comprised of 80 per cent women. This was not because of a particular selection process, but was based on merit and aspiration.”
In response, the UN’s Simonetta Di Pippo highlighted the importance of this diversity, saying “We have created a dedicated project called Space For Women, and the idea is to develop a portal which will help women around the world to find a way of discussing the agenda from different perspectives, with a particular focus on STEM Education for women, and in particular within that for women in developing countries. That is our goal.”
Meanwhile, Claudie Haigneré, who made two space missions as an astronaut, said she was delighted to see an event focused purely on the role of women in the future of space exploration, describing the programme as “very refreshing”. She also praised the UAE’s record on diversification within its space and research programmes, saying: “I think, here, there is a new generation with a new, young spirit. They are building something new without resistance to change. At home I see a culture of ‘yes, but’. Here, they say ‘yes, and’. It’s a different mindset. That’s the commitment we need and that’s why I was delighted to take part in this event.”
Rachel Sturgess, Portfolio Director for Dubai Airshow organisers Tarsus F&E LLC Middle East, said: “We have long been committed to recognising and celebrating diversity where it exists within our industry, and I think everyone here today has been invigorated by the level of discussion. I look forward to our Space Tech Talks programme tomorrow focusing on space exploration in the future.”