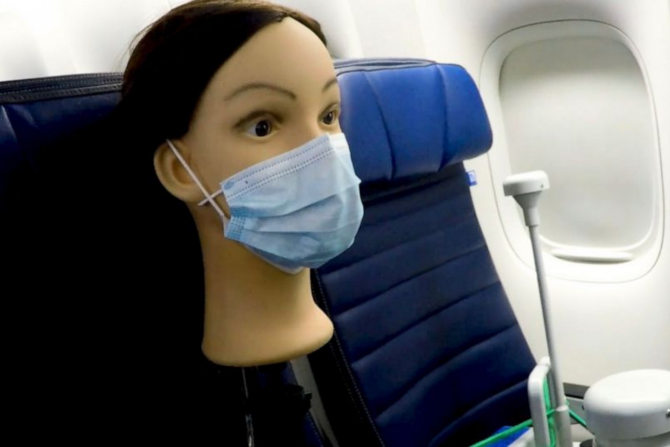 United Airlines says the risk of COVID-19 exposure onboard its aircraft is "virtually non-existent" after a new study finds that when masks are worn there is only a 0.003% chance particles from a passenger can enter the passenger's breathing space who is sitting beside them.

The study, conducted by the Department of Defense in partnership with United Airlines, was published Thursday. They ran 300 tests in a little over six months with a mannequin on a United plane.
The mannequin was equipped with an aerosol generator that allowed technicians to reproduce breathing and coughing. Each test released 180 million particles - equivalent to the number of particles that would be produced by thousands of coughs. They studied the way the mannequin's particles moved inside the cabin with a mask on and off.
The tests assumed the flight was completely full with technicians placing sensors in seats, galleys, and the jet bridge to represent other passengers on the plane.
"99.99% of those particles left the interior of the aircraft within six minutes," United Airlines Chief Communication Officer Josh Earnest told ABC News. "It indicates that being on board an aircraft is the safest indoor public space, because of the unique configuration inside an aircraft that includes aggressive ventilation, lots of airflow."
In late September, major U.S. airline CEOs said their employees were reporting lower rates of COVID-19 infection than the general public.
"At United, but also at our large competitors, our flight attendants have lower COVID infection rates than the general population, which is one of multiple data points that speaks to the safety on board airplanes," United Airlines CEO Scott Kirby said during a Politico event.
Last week, the International Air Transport Association (IATA) released new research, saying the risk of contracting the virus on a plane appears to be "in the same category as being struck by lightning." 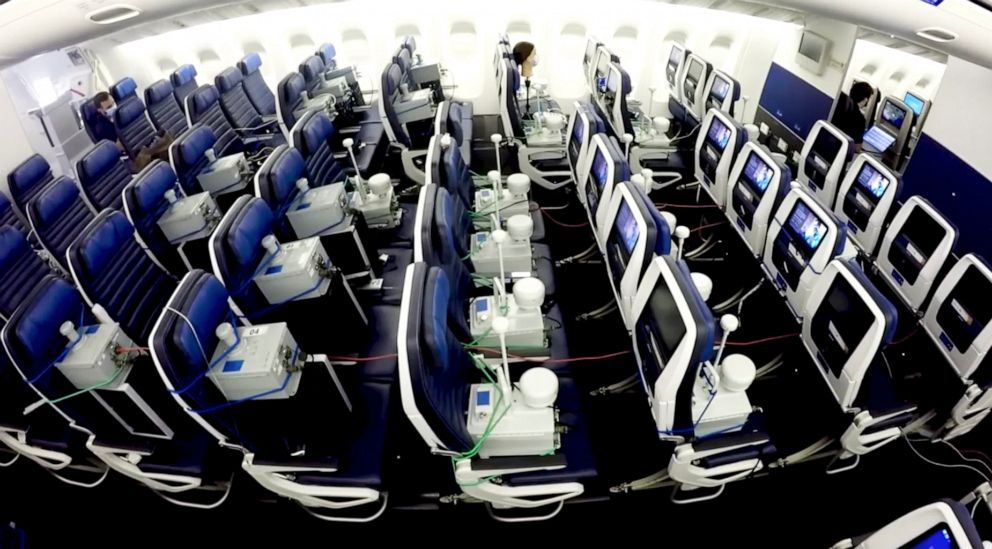 Photo Credits: ABC News
Among 1.2 billion travelers, IATA found only 44 published cases of potential inflight transmission. Most of those 44 cases occurred in the early days of the pandemic when masks were not required.
Air travel is still down around 70 percent compared to last year, but there has been an uptick since the spring. Earlier this week the Transportation Security Administration (TSA) screened nearly a million people at U.S. airports - the agency's highest number since mid-March.
"We're seeing recovery, but we have a long way to go," Earnest said. "And even with all of this promising information about the safety of air travel and some of the advances that we're making in terms of implementing a testing regimen - we recognize we're not going to be anywhere close to back to normal until we have a vaccine that's been widely distributed and administered."
Source: ABC News