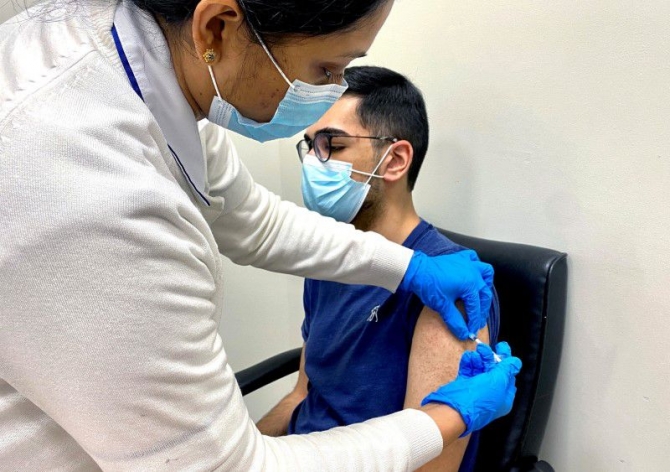 About two-thirds of people eligible for inoculation against COVID-19 have now received two doses of the vaccine in Dubai, the tourist and business hub of the United Arab Emirates, Dubai Health Authority (DHA) said.

Dubai is the most populous of the seven emirates that make up the UAE and has one of the world's busiest airports.

For six months the UAE has been running one of the world's fastest vaccination campaigns against COVID-19, initially using a vaccine developed by the China National Pharmaceutical Group (Sinopharm) and then adding the Pfizer/BioNTech and AstraZeneca shots and Russia's Sputnik V.

DHA deputy director general Alawi Alsheikh Ali told Dubai Television late on Saturday that 83% of people aged over 16 - or about 2.3 million people - had now received at least one dose of a vaccine and that 64% had received two doses in the emirate.

The UAE recently said nearly 85% of its total eligible population had received at least one dose of a vaccine, without saying how many people had had both doses.

The UAE, which does not break down the number of cases by emirate, has seen a rise in the number of infections in the past month. It recorded 2,281 new cases on Saturday, bringing the total so far to around 596,000 cases. Daily cases peaked at almost 4,000 a day in early February.

DHA said 90% of the COVID-19 patients admitted to intensive care units in Dubai hospitals were unvaccinated, without specifying when that statistic was recorded.