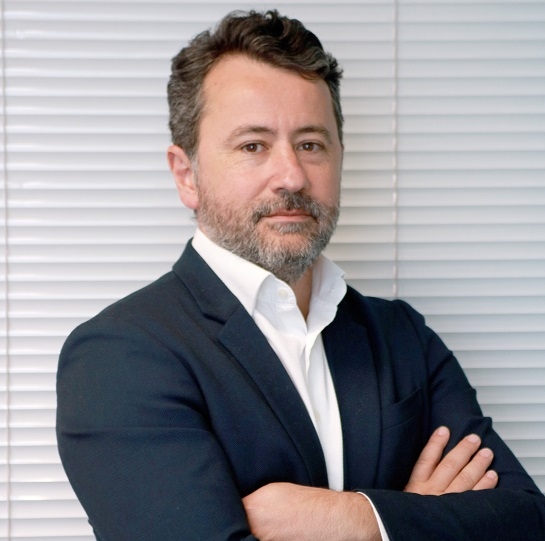 How has the pandemic impacted the air traffic management industry in the Middle East?

The pandemic has raised many uncertainties around the world in the aviation industry, and in the Middle East context wasn’t different, where several ANSP decreased their engagement for investment in modernizations. Exception was for Qatar, mainly driven by FIFA World Cup 2022, where QCAA kept the efforts in investment for enhancing their ATM environment for this event.

Have industry players been quick to adapt technology to cater to the changing needs in the market?

Yes, we have seen many players in the industry adapting as quickly as possible to the new scenario, not only in terms of structure, but also in terms of processes. On the same path, ANSP were also more flexible in terms of accepting industries suggestions for adopting new ways and technologies for carrying out contracts that are in place during the pandemic. In this sense, both industry and ANSP have constantly found new ways of accomplishing with project/programs milestones, such as remote trainings, workshops, FAT (Factory Acceptance Test), safety cases processes, and in some cases even remote Sat (Site Acceptance Test), and in all of these cases, without jeopardizing the safety involved on these processes.

In which areas and geographies do you see strongest potential for growth?

India has invested more and more in modernization of theirs airports and ATC Centres, along with associated infrastructure; thus, it is a potential market for aviation industry. Asia is also expanding more and more theirs navigation services, mainly considering ATFM goals and perspectives.

What technologies do you predict will impact the ATM industry most in the next five years?

Digitalization of Services - New trends of digitalization resulted from integrated networks among ATM solutions. In the past the ATC systems were necessary implemented in a more geographically distributed Centers, due to some technical constraints and telecommunications limitations.

The past decade had spread the use of better network connectivity by many ANSPs, with the use of Aeronautical Telecommunications Network – ATN - interconnecting those previous isolated regions. We also observed the maturity of interoperability standards, technologies and solutions (such as SWIM) that were enabling the trend of digital remote operations, as well as the concentration of Control Centers and other services.

Additionally, the use of cloud solutions is also opening new opportunities to many ANSPs, since they can implement or modernize an ATC/ATFM system operation without the typical infrastructure investments. This alternative also shortens the deployment time, optimizing the start of operations with an “As a Service” solution, drastically reducing the amount of initial infrastructure, maintenance and operational costs.

Remote Services -  Innovation allows us to provide new options for remote operations of ATM systems (such as Remote Aerodrome Information Services: R-AFIS, or future Remote Towers expansion for example), as a tendency in several countries, now starting to adopt concentration of control centers. As the technology for connecting people and society is evolving, the same is happening for the ATM ecosystem: 5G, for instance, is one of this enabler. By means of a reliable connectivity, ATC Centers
might become more and more virtual, bringing benefits to the ANSP, in terms of costs and human resources.

Virtualization -  Nowadays, due to the various communication systems, sensors and automation/Control Systems already connected through the ATN network, it is foreseen that there will be an Operational Integration of several Control Centers, generating technical gains in capacity, redundancy and reliability of these centers.

New infrastructure alternatives for ANSP: new technologies are allowing the evolution of the architecture and new models for the implementation and for the operation of the Control Centers. (cloud solutions / “as a service” solutions)

In addition, Virtualization facilitates the provision of ATM systems as an “As a Service”, starting new models for implementation and operation of ATM Systems, with new digital infrastructure, including cloud solutions for ATM data centers, which would be a good alternative, with lower operating costs for the ANSPs in some services, avoiding high investments in the installation and maintenance of its own data centers. Basically, here we are talking about PaaS (Platform as a Service), IaaS (infrastructure as a Service) and SaaS (Software as a Service).

Cloud solution can serve as an entry option for an ANSP in a country that intends to start operating a new service or system (an ATFM flow management system or other less critical services: simulation, meteorology, etc.) without having to invest in the IT infrastructure of an own datacenter, at least at the first phase of the new service implementation.

Operational Efficiency - Concentration/Integration of Control Centers -  The concentration of Control Center is providing more Operational Efficiency, and is a consequence of the previous points, where we foresee the acceleration, by some ANSPs, in the adoption of more and more remote operations, where a control center in a certain location manages the operations of other regions.

In addition, to the technical and infrastructure gains mentioned, the acceleration of these new virtualization and remote operations models will allow our customers to optimize operations, reducing their geographical distribution – in opposition of today’s situation with the need of keeping large teams and technical resources largely spread across many geographic locations - thus now there are good perspectives to achieve better investment efficiency and reduction of operating costs for ANSP.

Artificial Intelligence -Several segments of the market and industry, along with R&D from worldwide universities are evolving in terms of Artificial Intelligence. In terms of aviation, more specifically to Air Traffic Management, there are several aspects of AI that can bring benefits to this ecosystem, such as support for decision-making, voice recognition, etc.

Cybersecurity - The same integration advantages provided for interoperability though the use of a more connected technological environment, cross-border network systems, cloud solutions and SWIM information sharing among different systems, all of these new trends also brings new concerns and security issues that result in more investment in Cybersecurity technology to be embedded in ATM solutions provided by our industry.

What are your expectations from Dubai Airshow 2021 - which will be the first of its kind event since the coronavirus outbreak?

There are still many uncertainties; most of them imposed by several countries with restrictions for traveling for theirs citizens. In addition, the ANSP are also facing different challenges during the pandemic, which has direct impact on their revenues, therefore, influencing in allowing their staff to attend events like GATM. Nevertheless, industry and customers are anxious for an event like this one, and this will, in a
certain way, to push them to attend, highlighting to the world that the situation is getting better.

Lastly, what are ATECH plans ahead in the region?

As per Atech business plan, we have seen many opportunities in the Middle East, which has guided Atech to invest more and more in the region. In addition, even in terms of diplomacy, the Brazilian government has worked with several embassies in the Middle East, making the relationship among Brazil and many countries in Middle East stronger, by signing up several types of agreements, including in the ATM segment. In this sense, for the next years, Atech has planned to constantly increase its presence in the Middle East.

How can we increase collaboration between ANSPs and airports to create a more efficient aviation ecosystem?

It has been a reality observed during the past decade the growth of operations of advanced solutions for Air Traffic Flow Management (ATFM). Many ANSPs in the Americas, in Europe, India, Japan and other important regions, in terms of traffic volumes had already adopted new technological ATFM Centers. in order to the best balance between the demand and capacity of airspace, optimizing the overall air traffic flow, avoiding delays and holdings, while ensuring better economic and environmental benefits. Nevertheless, the integration among ATFM processes with airports and ATC Centres can be much more integrated when considering the current technologies, reducing the human errors, reducing the staff workload, providing a better and common situation awareness to all aviation stakeholders, and increasing the efficiency in the airside operations. Atech has working in such integrations aiming exactly the full coverage of airside operations, including A-CDM processes, aiming to integrate all aviation stakeholders (airline operators, airport operators, ATC operators, ATFM managers).

Before the rise of the digital landscape, ATM systems traditionally relied on a dedicated technical rooms and technical department and an on-premise installation for their technological needs. Although this gives to ANSP complete control, it also meant a large investment of both time and money to ensure that everything ran smoothly and that the ATM technical professionals were knowledgeable.

We envisage that cloud solutions are the “game changer” in many aspects for both industry and ANSP, but mainly because by using cloud services like IaaS, PaaS, and SaaS, ANSP can improve productivity and efficiency without sacrificing budget or losing important data.

Since that those types of cloud services are based on amount of usage, ANSP can increase or decrease the amount of hired services based on the needed demand. For instance, making a parallel to Space Based ADS-B, where the costs are based on flights effectively tracked, the final cost to be paid to the provider will float accordingly to the demand.

Contact the Dubai Airshow team to exhibit and be part of THE most important aerospace & defence event of the year!