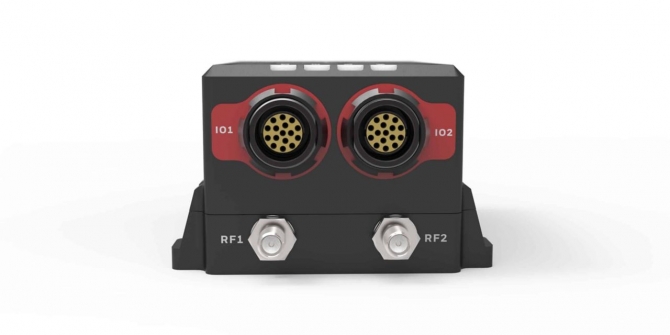 Honeywell (NYSE: HON) is introducing the HGuide n380, a new inertial navigation system that communicates position, orientation and velocity of an object — such as an autonomous vehicle or unmanned aerial vehicle (UAV) — even when global navigation satellite signals are unavailable. Smaller, lighter and lower-priced than previous Honeywell inertial navigation systems, the HGuide n380 is built using Honeywell’s rigorous design standards to withstand harsh environments in the air, on land or at sea.
“We recognized a need for a small, high-performance inertial navigation system in areas like 3D mapping, surveying and other applications where space is at a premium and performance cannot be compromised,” said Chris Lund, offering management senior director, Navigation and Sensors, Honeywell Aerospace. “We responded by developing the HGuide n380 inertial navigation system, which provides our customers with proven, cost effective inertial sensor technology, created for aerospace applications, but that can be integrated into almost any architecture.”
This new inertial navigation system is composed of Honeywell’s HGuide i300 inertial measurement unit (IMU), a global navigation satellite system (GNSS) receiver and Honeywell’s proprietary sensor fusion software, which is based on the algorithms used for navigation on millions of aircraft every day. Inputs from these components are fused together to determine position, orientation and velocity to deliver critical navigation information even in areas where a satellite signal is degraded or altogether unavailable, such as canyons, bridges, tunnels, mountains, parking garages or dense forests.
“As the industry evolves, Honeywell’s HGuide suite of IMUs and navigators will be a key enabler of emerging segments like autonomous vehicles, mobile mapping, precision agriculture, robotics and surveying,” Lund added.
During its development, the new product was placed in extreme environments to test ruggedness and was exposed to extensive factory calibration and compensation procedures that help ensure measurement accuracy and performance.
Honeywell has extensive experience in designing and building high-end inertial sensor and navigation systems and has used that expertise to develop a lower-cost portfolio of HGuide offerings to serve new markets and customer requirements.
To date, Honeywell has delivered more than 500,000 high-performance inertial sensors to serve as navigation aids on an extensive list of manned and unmanned vehicles, which include many air and spacecraft in use today.
Source: Honewell Aerospace